Tips for your travel

Highlands:
April to October:dry season
June to August: southern winter period, cold in the evening and at night
Mid-November to March: the rains are heavy but short
Western coast:
May to October: dry season (North-West)
November to March:it is warmer but it rains a lot
South: Region almost always sunny
East: Wettest region.

Cyclone season : Officially mid-December to mid-April but especially from January to March

Anti-malaria treatment is recommended: Malarone, Savarine (it is always essential to contact your usual doctor).

For a trip to Madagascar, here is a list that will be necessary to prepare your luggage:

Our airlines for domestic flights

*For internal flights, we can make reservations. Please contact our team for more information. 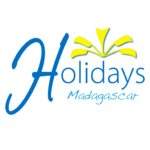